Winter comes to the city and Astraea is still far from completing her mission of eliminating Tomoki. Mikako reels her into another of her sadistic tantrums and stages a mock battle between the girls and boys of her school by appointing Tomoki as the general of the boys’ group while acting as the general of the girls’ group herself. This time, she entices Tomoki to fall into her trap by putting up the reward to be able to do anything to the losing team. Nymph still yearns for a new master and Astraea faces a dilemma when she is unable to dispatch Tomoki due to his question to her actions being her own choice or not. 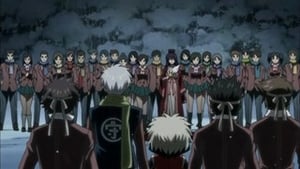