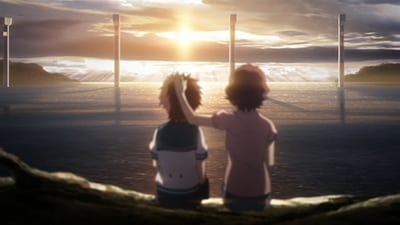 After Kaname’s confession, he and Chisaki accompany their friends to school as if nothing had happened. After their fast begins, the people of Shioshishio’s Ena gets thicker in preparation for their hibernation, thus the children need to ressuply it with water more frequently while on surface. Fearing that they might never see their friends again after their sleep begins, Hikari and the others start eating again to delay the process. Meanwhile, Akari and Itaru make plans for their marriage while the fishermen asks Hikari to help them perform the Ofunehiki to please the Sea God and stop the cold. However, Iroko claims that their efforts at that point are futile but Hikari insists that they must do something. Assisted by the rest of the city, the children make their preparations for the ritual, but apparently it will happen in the same day the sea dwellers will start their hibernation. However, Akari asks the others to have her replace the offering, claiming that after pleasing the sea god she will return to marry Itaru with his blessing. After the others agree with her request, Chisaki, following Kaname’s example decides to confess her feelings for Hikari as well. 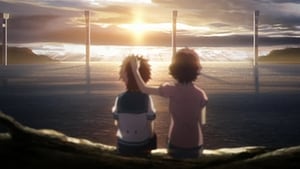