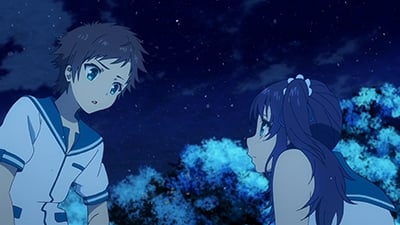 I Want to be Kind

As preparations are made for both the Ofunehiki and Akari’s wedding, Tsumugu accompanies Manaka and Chisaki to the city to choose her wedding dress when Tsumugu has a brief encounter with his mother and he seems displeased upon seeing her. Meanwhile, Akari has a short meeting with her father and expresses her will to have with Itaru and Miuna the same happiness he provided to his children after his wife passed away. Back to Shioshishio, Hikari and his friends learn that those younger then them are already entering into hibernation and despite their efforts to delay the process, it is a question of time for the same to happen to them as well. Once reliving some of their memories from their old school, Kaname asks Hikari about his feelings for Manaka in front of the girls, and he finally confesses to her. A surprised Manaka runs away and Hikari chases after her, but Chisaki stops him for a while, and after confessing her feelings for him as well, she asks him to go after her. While running away from the village, Manaka ends up trapped again into Tsumugu’s fishing net and she meets him. 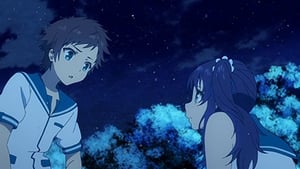