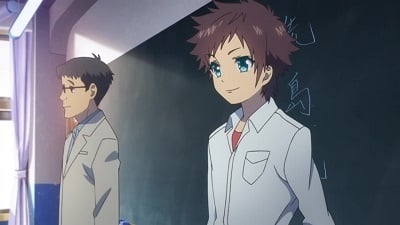 The Whispers of the Faraway Waves

Hikari goes back to school with Miuna and Sayu. The next day, while Akira has rubella, Sayu accompanies Miuna and Hikari to the city to choose Hikari’s school uniform when Miuna and Sayu have a discussion where Sayu admits to be jealous that good things only happen to Miuna. The two girls separate and Hikari, after attending at the end of the argument, decides to stay with Sayu. He and Shun are driving Sayu home when Hikari stops the car and go to the place where he is sure to find Miuna, which is the same place where he saved her five years ago. He finds Miuna and after a boom dolly collapse just in front of the two, Miuna falls into the water. Surprisingly, Miuna ends up breathing under water and swims looking at the bottom of the sea, until she sees Hikari swimming towards her. When they are out of the water, Miuna meets Sayu who was worried and apologizes to her. That day Kaname wakes up. 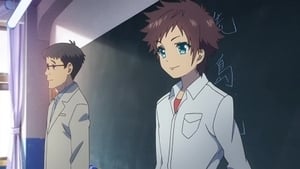