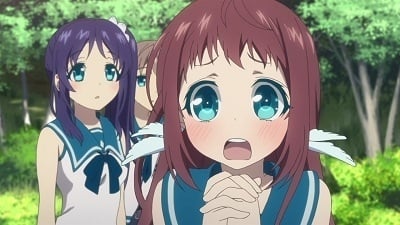 The Legend of the Sea

As Akari is scolded by her father for disobeying the village’s rules, Hikari reminisces about how she always took care of him after their mother’s death, and is later informed by Akari that she decided to break up with her boyfriend. The next day, Hikari decides to confront the man and follows him up to Tsumugu’s house where he is stopped by Tsumugu’s grandfather, who explains to them that aside from the bad mood with the inhabitants of the surface, people from the village are not allowed to marry those from outside as their children will be born without ena. The children become unable to survive underwater and thus the former inhabitants are forced to leave Shioshishio to raise them. During so, Hikari discovers that Tsumugu’s grandfather also came from the village. On the next day, Hikari stops being hostile to Tsumugu and he becomes friends with the rest of the group after they finally complete the Ofunehiki together. Knowing how much she is suffering with their separation, Hikari decides to make amends with Akari’s boyfriend, but is stopped by the two girls who fought him before and one of them reveals that said man is her father. 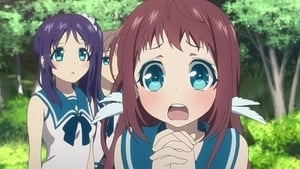