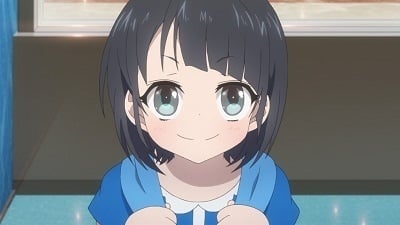 Beyond the Wavering Feelings

Hikari and Akari move to Itaru’s house and after dinner, Itaru reaffirms his intention to have Akari’s father and the rest of Shioshishio acknowledge their union. Miuna asks Hikari to help her look for a present to Akari and he calls the rest of his friends to accompany them to the city. At the train station, they encounter Tsumugu who later leads them around the city. They check stores around the city for an affordable necklace for Akari. In one of the stores, Chisaki and Hikari get left behind since the elevator was full. Chisaki uses this moment to discuss with Hikari his feelings for Manaka. Hikari claims that if Manaka chooses to be with Tsumugu, he will respect that. After choosing the present she intends to buy, Miuna asks her father for some extra money just to later discover that the necklace in question is sold out. Hikari and the ohters decides to help her search for some shells to craft a similar necklace instead. When Miuna finally gives the necklace to Akari, it starts snowing and Hikari recognizes that it is in fact saline snow, a phenomenon that supposedly only occurs underwater. 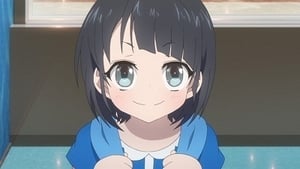