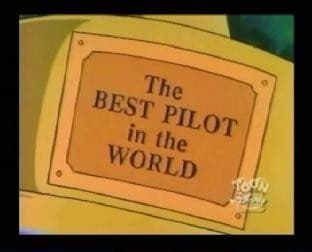 A Bad Reflection on You (1)

Shere Khan is losing shipments when they are delivered on a route called ‘The Master Run.’ When planes approach the Twin Spires, they disappear off radar. Meanwhile, Baloo is flying blind when his headlights go out, until Kit comes up with a great idea to gets them home safely. But when the media gets a hold of the story, only Baloo gets the credit. On their second job, Kit saves a child from a fall. Once again, only Baloo gets the credit. Baloo consoles Kit saying that fame isn’t everything, as long as you know who you are. Later that day, Shere Khan invites Baloo to his tower. There, he gives him a trophy naming him ‘The Greatest Pilot in the World.’ He then offers him a job that requires him to go on The Master Run. Dumbstruck with his own fame, he accepts. But when he attempts to fly the run, he too falls the same fate of all the other pilots before him. 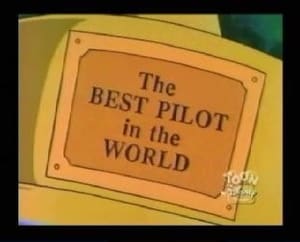