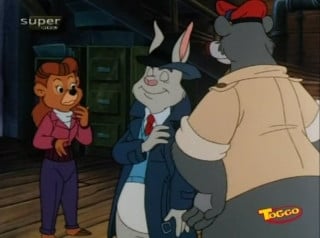 A Spy in the Ointment

After her car is destroyed by a man posing as a valet, Becky accuses Baloo of being too gullible. They’re then hired by Jack case who claims he’s on a mission from the government. He seeks the help of Higher for Hire to aid him in delivering a package. After following Jack’s directions, Baloo realized that they’re over the Thembrian Boarder. When they’re attacked by the Thembrians, Jack bails out telling Becky one last thing: Mums the word. When Baloo and Becky are captured, Becky refuses to reveal the reason for being in Thembrian territory, which only leads to long term imprisonment. 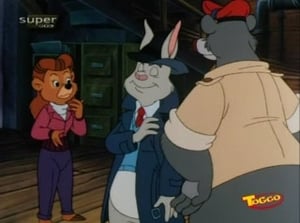