Accompanied by “Firewall Dragon”, Playmaker musters every last ounce of his strength to fight against Revolver’s “Borreload Dragon”. Playmaker vows to get revenge for the incident that happened in the past, while Revolver plots to eradicate Ai. As the two’s beliefs clash, their two dragons also face off against one another! 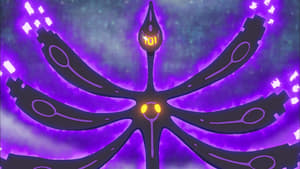