IMDb: 6.3 2013 101 min 165 views
Yui wants to see a whale so Kirito suggests a quest where she can meet them. However, it turns out that Leafa cannot swim so Asuna and the other ...
ActionAdventureAnimationDramaFantasyRomanceScience Fiction

IMDb: 8.1 2013 107 min 248 views
On a test-run of the Mini Merry, Usopp tells Brook the story of the Going Merry, a ship that served the crew well. However, to the Straw Hats, ...
ActionAdventureAnimationComedyDramaFamilyFantasy

2013 90 min 152 views
A restart of “Neppu Kairiku Bushi Lord”, a previously stalled mecha mixed-media project. The anime will air this fall under the new ...
ActionAdventureAnimationScience Fiction

IMDb: 7 2013 143 views
When a giant robot suddenly attacks the city, a high-school student named Aoba is saved by a classmate who’s piloting her own mecha. After ...
AnimationSci-Fi & FantasyWar

IMDb: 6.7 2013 100 min 139 views
It is a story about a pair of sisters who work as “noroiya” (cursers) using magic in a fantasy world. One day a big tree suddenly ...
AdventureAnimationFantasy

IMDb: 3.6 2013 86 min 318 views
Princess Froglegs goes undercover to compete in her father’s Froglympics in order to avoid being married off to a male suitor.
AdventureAnimationComedy

IMDb: 6.9 2013 97 min 188 views
The strongest Hunters that once existed in the Hunters Association were split into “light” and “dark”, and each walked ...
ActionAdventureAnimation

The House of Magic

The House of Magic

IMDb: 6.3 2013 85 min 160 views
Thunder, an abandoned young cat seeking shelter from a storm, stumbles into the strangest house imaginable, owned by an old magician and ...
AdventureAnimationFamilyFantasy

IMDb: 5.3 2013 79 min 150 views
The world’s most loved fairy tale is back in a whole new fantastic imagining in Pinocchio. When a piece of pine-wood falls into the hands ...
AnimationDramaFantasy

IMDb: 7.8 2013 153 views
After Turbo the Snail’s improbable win at the Indianapolis 500, the superfast racer finds his life forever changed after he returns from ...
AnimationFamilyKids 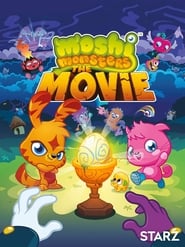 IMDb: 3.2 2013 81 min 152 views
Join Katsuma, Poppet, Mr. Snoodle, and the other Moshi Monters in an action-packed, song-filled race against time! Together they must stop evil ...
AnimationFamily

IMDb: 7.0 2013 4 min 145 views
Margo, Edith, and Agnes spot an ice cream truck.The three of them go after the truck but Agnes falls as she attempts to pedal to the truck. The ...
AnimationComedyFamily

IMDb: 7.4 2013 5 min 126 views
A Minion, seeing many owners walk their dogs, wants a puppy of his own. He tries to leash a ladybug but fails. Luckily, a UFO that sweeps away ...
AnimationComedyFamilyScience Fiction

Panic in the Mailroom

Panic in the Mailroom

IMDb: 6.7 2013 5 min 126 views
Two Minions are busy at work in the mailroom. One of them, bored, decides to throw a box of expired PX-41 samples into its designated chute.
AnimationComedyFamilyScience Fiction

IMDb: 6.5 2013 106 min 196 views
Conan Edogawa sets out to apprehend Lupin the Third, the suspect of stealing a jewel called Cherry Sapphire. (A sequel to the TV special Lupin ...
ActionAnimationThriller

IMDb: 4.7 2013 71 min 131 views
The Invincible Iron Man and the Incredible Hulk must join forces to save the Earth from its greatest threat yet! When two Hydra scientists try to ...
ActionAdventureAnimationFamily

IMDb: 5.6 2013 95 min 144 views
A thousand years ago the world completely collapsed. War, famine, and greed killed off the human race. Not much remains except for the mutants, ...
ActionAnimationComedyHorror

IMDb: 8.7 2013 380 views
Rick is a mentally-unbalanced but scientifically-gifted old man who has recently reconnected with his family. He spends most of his time ...
Action & AdventureAnimationComedySci-Fi & Fantasy 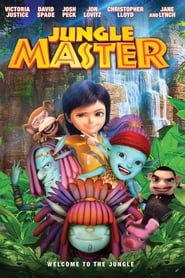 IMDb: 4.6 2013 90 min 151 views
When Rainie runs away from home after her mom forgot about her birthday, she is magically transported from the big city to an enchanted jungle in ...
AdventureAnimation

IMDb: 7.3 2013 50 min 213 views
Freed of her responsibilities with the 501 Organization, Motoko Kusanagi must now learn how to take orders from Aramaki. Someone hacks the ...
ActionAnimationScience FictionThriller 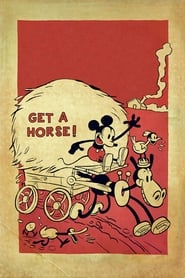 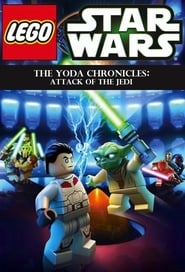 LEGO Star Wars: The Yoda Chronicles – Attack of the Jedi

LEGO Star Wars: The Yoda Chronicles – Attack of the Jedi

IMDb: 6.9 2013 35 min 133 views
Dante’s Hell Animated is a real and truthful epic animation film that embarks Dante Alighieri’s journey through the first part of the ...
Animation

IMDb: 8.1 2013 30 min 136 views
After Sofia helps a little mermaid named Oona, Sofia’s amulet grants her the power to transform into a mermaid and visit her new ...
AnimationFamilyFantasy

The Tale of the Princess Kaguya

The Tale of the Princess Kaguya

IMDb: 8.0 2013 137 min 174 views
Found inside a shining stalk of bamboo by an old bamboo cutter and his wife, a tiny girl grows rapidly into an exquisite young lady. The ...
AnimationDramaFantasy

IMDb: 5.7 2013 90 min 164 views
Bayonetta: Bloody Fate follows the story of the witch Bayonetta, as she defeats the blood-thirsty Angels and tries to remember her past from ...
ActionAnimationFantasy 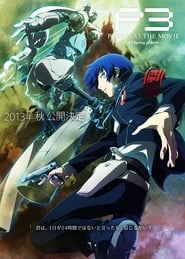 IMDb: 6.8 2013 92 min 142 views
In the spring, male student Makoto Yuki transfers to Gekkoukan High School. However, as he heads to his new dormitory, listening to the music on ...
ActionAnimationFantasy 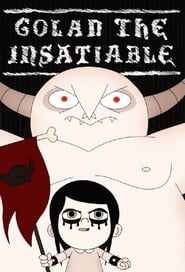 IMDb: 5 2013 164 views
“Golan the Insatiable” is the story of a mighty godlord from an alternate universe who arrives in the small town of Oak Grove, where ...
AnimationComedy 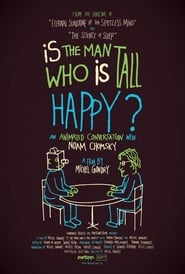 Is the Man Who Is Tall Happy?

Is the Man Who Is Tall Happy?